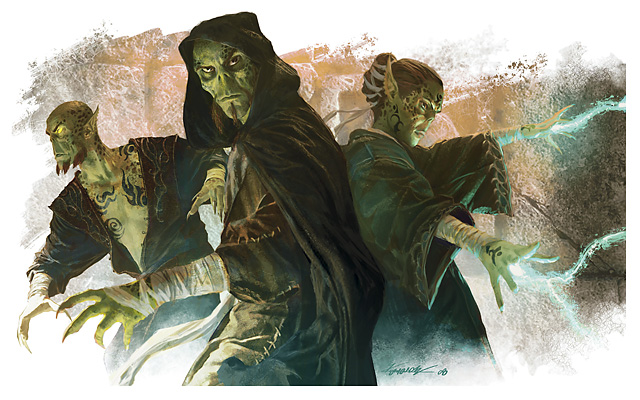 I am was a member of a lot of D&D groups and forums and one type of post comes up again and again.

I see so many GMs posting on these forums “Can I have a vampire as a Patron for a Warlock?” Or “Is it possible for a Hill Giant to be a Wizard?”

I am not sure what these posters are actually looking for – whether it’s validation of their idea or permission to include these in their games.

Whatever the reason it strikes me as a contest of creativity vs. rules.

I never see posts saying “Can a human be a fighter?” Or “Can I have a Gnome as a playable race. The reason I don’t see these is because they are already written in the rules.

The book says I can have a human fighter or a gnome wizard, so that’s okay.

Although it doesn’t actually stipulate that a vampire can be a Patron – so I am not so sure I can do it.

The answer to all of these questions is usually: Yes!

Yes, you can have a vampire as a Patron for a Warlock.

Hell, in my campaign I have a Hag who is a Patron to Warlocks.

The point is, you can have whatever you like – you are the GM, go forth and create!

The rules should never stifle GM creativity in respect to creation.