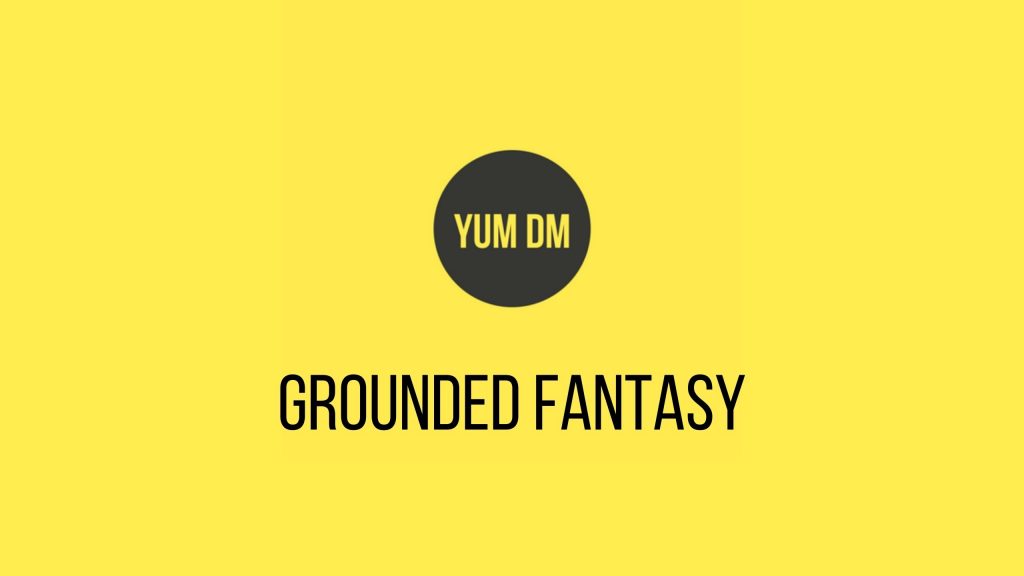 This (very short) post is my attempt to explain what fantasy I like the most: Grounded Fantasy.

There is magic, but it’s not over-powered. There is the fantastic, but it meshes with harsh reality.

But what do I mean by “grounded”?

I will define grounded fantasy with an example I often bring up when talking about this topic: The wizard’s tower.

In grounded fantasy there is a wizard tower, complete with magical traps and secret passages, and (most probably) a powerful wizard.

But it was also probably built by someone else. A dwarven engineer perhaps.

Who would probably still be alive, unless the wizard saw to it that he had a little accident.

And there would have been scores of builders as well.

All of these people would have knowledge of parts of the tower.

The engineer probably wouldn’t know about all the magical traps set by the wizard, but he would probably know about the secret doorway to the narrow stairs that lead directly to the fourth floor where the wizard keeps his lab.

If they could track down the dwarven engineer, they could get the information out of him (one way or the other).

There is also a mine/quarry some place where the stone came from. This could again be information that could be useful to any investigative PCs.

As a contrasting view, “ungrounded”, or high fantasy, would either not bother to explain how it came to be, or handwave it as nothing more than magic.

This would lead to a lot of dead ends for investigating PCs and could also lead to fustration for the players involved.

As a player, I like to be able to know the why of things. How did this come to be here? Who built it? Why did they build it here? What does the current occupant do there?

It allows players to feel in control and gives them something to do with all those skills they have.

It also allows the characters to know and understand their world better and to know if they are walking into something much bigger than they can handle.

It’s also a way a GM can hand out clues.

Grounded fantasy allows the GM to place details into their world and have them explained in a natural way, rather than just bland exposition.

I like to imagine this more as a Venn Diagram, with low-fantasy, low magic, and grounded fantasy all overlapping into a perfect storm.