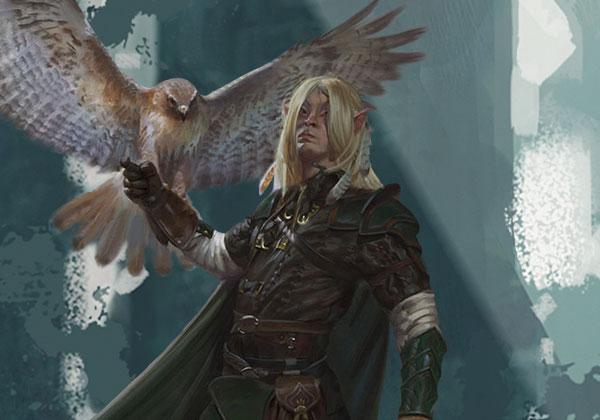 You get your allotted number of skills at first level, and they stay pretty static throughout the game; only really getting better when you level up and your proficiency bonus (slowly) increases.

I find this a little odd, given that in the real world a person can get better at a skill, and I don’t think it’s a great leap to think fantasy characters could as well.

Especially 0-level NPCs who usually only do one thing their whole lives.

So, I have come up with a simple way of increasing skill levels without breaking the game or changing anything significantly.

Enter the Expert and Master

When you take a skill, you are classed as being proficient in it. Which is fine, but sometimes you want to be an expert or a master at a particular skill – maybe even getting known for it.

I suggest you allow players (and your NPCs) to take a skill a second and third time (using skill slots at creation or when they level up – see below) to become an expert and master, respectively.

You may want to place some restrictions on this – a character cannot start at first level as a Master, or they need to have another skill before they can gain a Master level in a particular skill, or something similar.

Personally, if a character wants to be a Master at first level and burn 3 skill slots on one skill then I say let them – as long as they have a great backstory for why they are a Master in that skill.

So, what benefits does being an Expert or Master provide?

Simply, an Expert gains an additional +2 to all skills checks (as though his skill was 2 points higher), and a Master gains a +4.

It really is that simple.

When it comes to Tool Proficiencies, nothing changes with this. In the PHB it states:

If a character is using a particular tool and they are asked to make a skill check, then if they are an expert or master in that skill they get the additional bonus.

Although, I would suggest using the rules in Xanather’s Guide which states:

This keeps the whole system simple and doesn’t double up on multiple bonuses.

SIDE NOTE: Xanather’s Guide also gives some cool things you can do with the various tool proficiencies so it is worth checking out.

I believe this system adds depth to a character and gives them the potential for a richer backstory.

How did that first level character become the master of deception? Where did this horse whisperer come from? How is it this city investigator notices things others do not?

The possibilities are endless and there is a good chance your player’s characters could be known for something other than slaying monsters.

In my campaign, I allow PCs to become experts and masters during their downtime.

If they expressed a desire to gain a greater expertise with a skill they would let me know this and they could spend their downtime training or studying.

There is a more structured way to add this system into character levelling, however.

Simply allow a character to become an expert (or master, if they are an expert already) whenever they gain an ability increase.

This means they can choose to become an expert (or master) in one skill every 4 levels.

This is just two ways you, as GM, can dish out bonuses to a character that is outside of XP.

What do you think? Would this work in your campaign?

Image copyright belongs to Wizards of the Coast