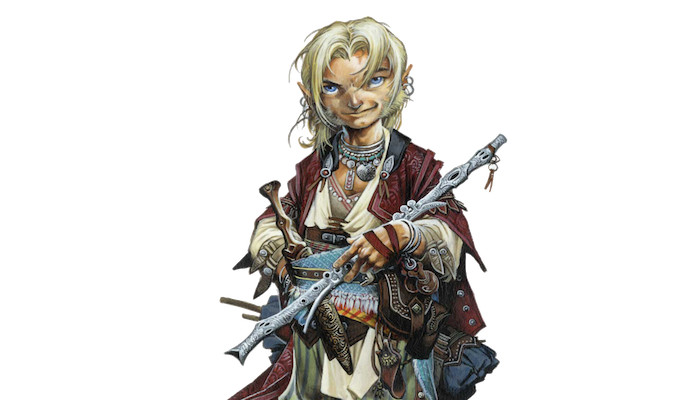 Gnomes throughout the various editions have been both forest-loving illusionists who are inquisitive and love to build and create.

AD&D and 2nd edition had them as lovers of life, practical jokes, and precious stones, and this continues throughout most of the editions.

At the same time they are illusionists or resistant to illusion magic, and inventors and engineers.

All the while living in well-wooded hills, basking in both underground and the surface worlds, chatting away to small burrowing animals.

This sounds like at least three distinct races to me.

And maybe you could split these out as 5th edition tried to, creating two subraces: forest gnome and rock gnome.

But the issue I have with all this is that’s it too much diversity for one race.

You would have thought at some point, the designers would have just picked one background and existence for gnomes.

Instead, they have kept the themes of tinkerer, forest gnome, and illusion specialist and tried to meld them into a cohesive narrative that just doesn’t fit.

I started this post saying a I hate gnomes, but in reality I love them.

Which is why I want to save them.

I knew when I started my sandbox campaign world, I would have to change the gnome. Luckily, no-one played one (maybe they felt the same way I did) and so I had time to flesh them out.

The Seeker Gnome was born.

I decided on the theme of magic-users, but not in the “mystical creatures” angle, but rather, I weaved in another traditional gnome theme of focused individuals who are always inventing.

But not in the tinkering sense, in the studious sense.

And I expanded the illusionist specialty to include all schools of magic.

What I ended up with was a race of dedicated souls who use their intelligence and tenacity to become studious magic-users in response to a dark history.

With that in mind, I give you my Gnome (or, Seeker Gnome, as I call them). I am keen on feedback and this is merely a first draft.

One of my players decided to play a gnome wizard in the last campaign I ran and she had some good things to say about it:

Its also a nice way of making it clear that gnomes are inherently knowledgeable about magic and arcana – kind of like how you get the vibe from wood elves that they’re really in tune with nature.

This sums up why I created the gnome the way I did, and I hope you get some use out of it.

Do you like the gnome as written in the PHB? Do you have your own take on them?