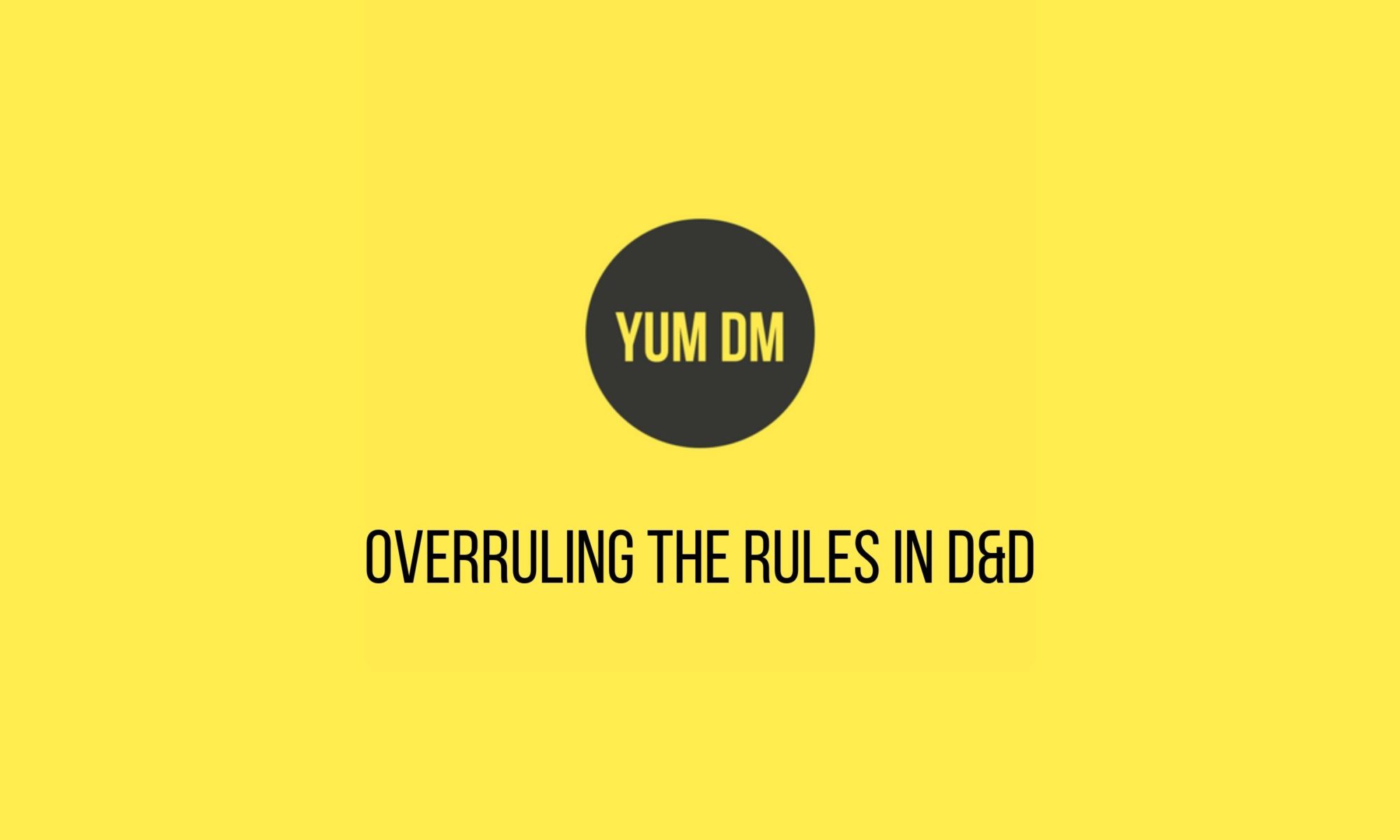 One of those is being consistent.

If you make a ruling one game, make sure you stick to it the next. (Having said this, if a ruling you made sucks and was an error, don’t be afraid to correct it).

Another one is what I like to call the Common Sense test.

And I like to use this whenever I am called upon to make a ruling – both in and out of game.

Let me illustrate this by outlining an encounter that occurred in one of my campaigns the other day.

I needed to make a couple of quick adjudications and changes to the rules on the fly after one of the PCs reduced an enemy to half size after a successful casting of the Enlarge/Reduce spell.

This was a great tactic, and no doubt saved some of the party’s lives as their enemy was a Roper, but it did present some DMing challenges as you will see.

For those of you who are unfamiliar with the spell, the reduce part is as follows:

Reduce. The target’s size is halved in all dimensions, and its weight is reduced to one-eighth of normal. This reduction decreases its size by one category-from Medium to Small, for example. Until the spell ends, the target also has disadvantage on Strength checks and Strength saving throws. The target’s weapons also shrink to match its new size. While these weapons are reduced, the target’s attacks with them deal 1d4 less damage (this can’t reduce the damage below 1).

Basically, when a creature is reduced by this spell they become half their size, 1/8th their weight, and drop one size category.

In my particular situation this meant that a Large Roper became a Medium Roper. All well and good.

The former was a boon for the PCs as it put the Roper on the same disadvantage level as the players when they contested the grappling.

Or so you would think.

Except the PCs and Roper don’t make contested rolls with the grapple – the PCs just need to make a Strength check (where they have disadvantage) verses a DC 15.

You would think a creature that lost a lot of its Strength due to a spell of this nature would be less likely to be able to hold on to a victim in its tentacled grasp.

This is where the first part of my DM adjudicating came into effect.

I did this given that rolling with Disadvantage is the equivalent of having -5 on your D20 roll. And Passive Perception states that you receive -5 if you are at a disadvantage on perception, like a human would in dim light.

NOTE: Looking back, I could have easily just cancelled out the Disadvantage they had from the Roper’s poison, but in the end the result was the same so it made little difference.

All good. This gave the PCs a fighting chance to get out of the tentacle’s grasp.

This didn’t save one of the PCs from getting chewed on by the now-medium-sized Roper, taking 4D8+4 (-1D4) damage… whoa! Hold up.

A creature that was large and dealing 4D8+4 damage per bite is now medium and all that happens is they deal 1D4 less damage instead?!

This is the second time my DMing had to override the rules.

I made the damage 4D4+2 instead. Half the damage.

The creature is half its size with a lower Strength over all.

I believe the reason the spell is written as per the Player’s Handbook is to keep it simple. And I get the need for that, but in this case it seems excessively pathetic.

The spell is geared towards it being used on a normal being, like a human or orc or dwarf who has a damage capacity of 1D8+3 or 1D10+4 – a damage output where a minus 1D4 would make a difference (although, even then, I would argue it’s pretty poor).

(Although I do wonder whether this ever came up in play-testing).

Use Your Common Sense

At the end of the day, not all spells (or other situations) are going to make sense, even if the rules are written a certain way.

Especially given the myriad of situations the PCs will find themselves in.

At the end of the day, you are the DM and you can overrule the rules when necessary, and one way to do this consistently is to apply the “common sense” test to the rule at hand.

Ask yourself: Does this rule make sense?

If it does, then let it fly.

If not, then feel free to change it so that it does make sense.

The key here is to be consistent. If you make a ruling you are happy with, then apply it all the time – to characters and to the enemies they fight.

Have you ever made a call on this spell or another in the heat of combat? Let me and my community know over on Twitter.