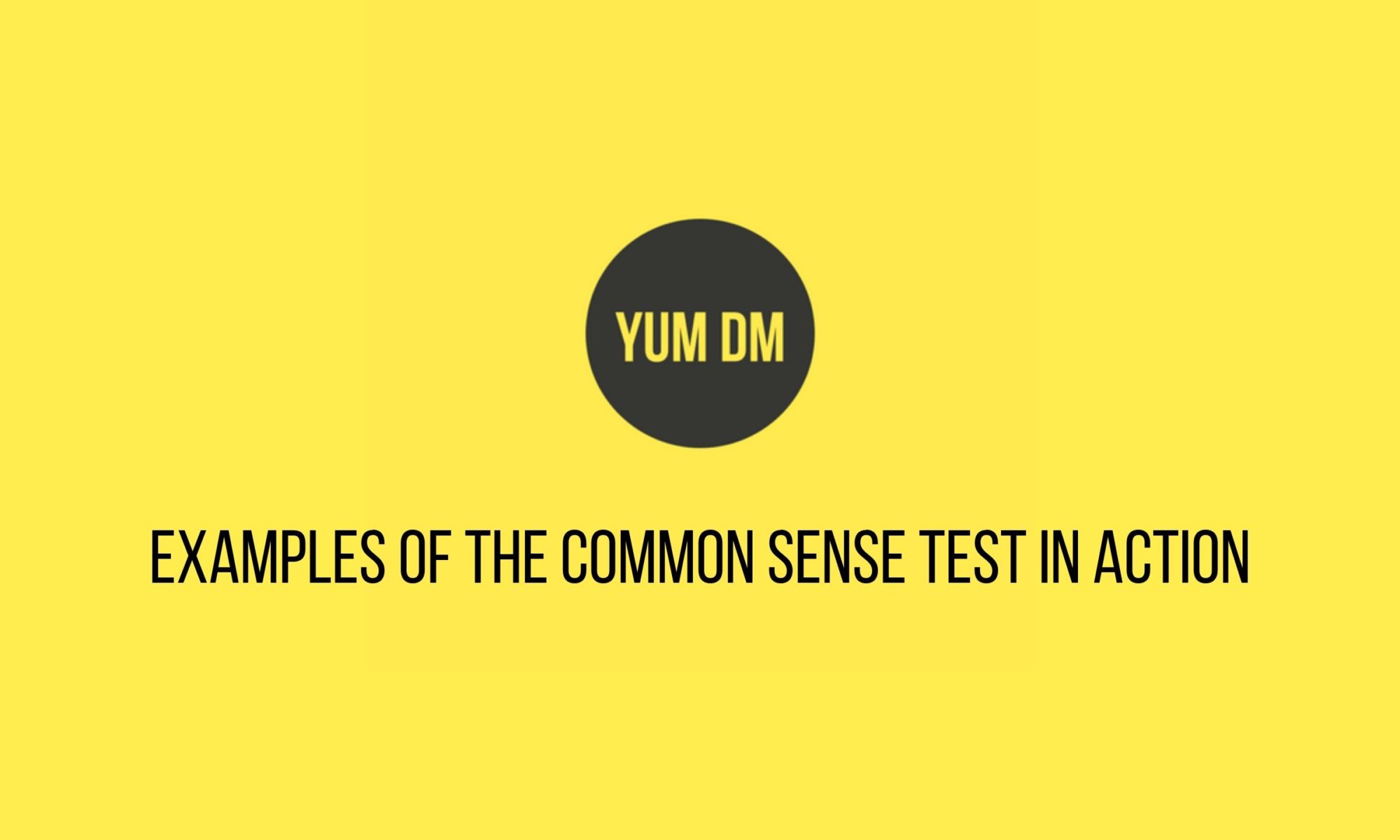 I have been getting some feedback on my last article around making adjudications and using what I like to call the Common Sense test when making them.

Basically, the common sense test boils down to you asking yourself ‘does this make sense?’

And if it does, all good. But if it doesn’t then you are within your rights to change it. Or even disallow it.

While I gave an in-combat example of this in the original article, I thought I would cover off a couple of examples where players have come to me out of game with certain requests and I have found myself asking ‘does this make sense?’

I thought it wise to give you one situation where I said yes and one where I said no so as to give you real examples for you to take in and use to help you make decisions in your own campaigns.

Let’s start with the yes.

When I Said Yes

A player asked me if their half-drow character could take the feat High Magic from Xanathar’s Guide as a feat when they reached 4th level.

For those of you not familiar with this feat, it basically allows the drow character to expand on their innate spellcasting abilities, giving them access to a few new spells.

Given this was a unique situation I asked how his non-(full)drow character would have access to it. And how he would have suddenly had these abilities given he is no longer in drow lands and has not had access to any other drow after leaving his Father at a young age.

He came back and said:

I was thinking that it was some of the training I’d done on the elf island, only I’d applied it more to how I’d seen my father do magic. i.e. I learnt the spells from normal elves, but I’m trying to copy my Dad.

This is pretty reasonable.

Part of the character’s background was that he was rescued by his Father from a swift death in a Drow city where he was born and the first part of his impressionable life was being with his Father and trying to emulate him.

I asked myself, “does this make sense?”

And the answer was YES!

So, I allowed him to take the feat even though it was for Drow only and even though he hadn’t had access to other drow.

The important part here though, is I asked the player how he saw his character developing these powers.

This can stretch a player into thinking about the backstory of their character’s powers and abilities, and gives the character a lot more depth.

When I Said No

The second example is one where I said no.

The druid of the party wanted to know if he could use a shield when he was transformed into a bear or ape.

In this instance, there was a couple of reasons, but one was that it didn’t pass the common sense test.

I asked myself ‘does this make sense?’ And this time the answer came back NO.

Like I said, this decision was made this way due to a couple of reasons, one being that to gain benefit out of shield designed for a person, you need to be able to wield it well enough to defend yourself.

Another reason was that I thought it went against the game design.

When a druid transforms into an animal – especially a bear – the trade off is having a strong animal and multiple attacks, but with a low AC.

If I allowed armour or a shield to be added to this, you can see the design of the ability breaking.

The main reason however, was the fact that it would look odd.

A large bear running around with a shield strapped to his arm – it doesn’t pass the common sense test.

At least for me, in my campaign world.

These are just two examples, but as DM you can expect to get a lot of these types of questions and it helps if you have some examples to compare with.

I hope these examples give you some confidence to be able to make your own decisions in D&D.

Would you make the same calls? What would you do instead? Let me and my community know over on Twitter.