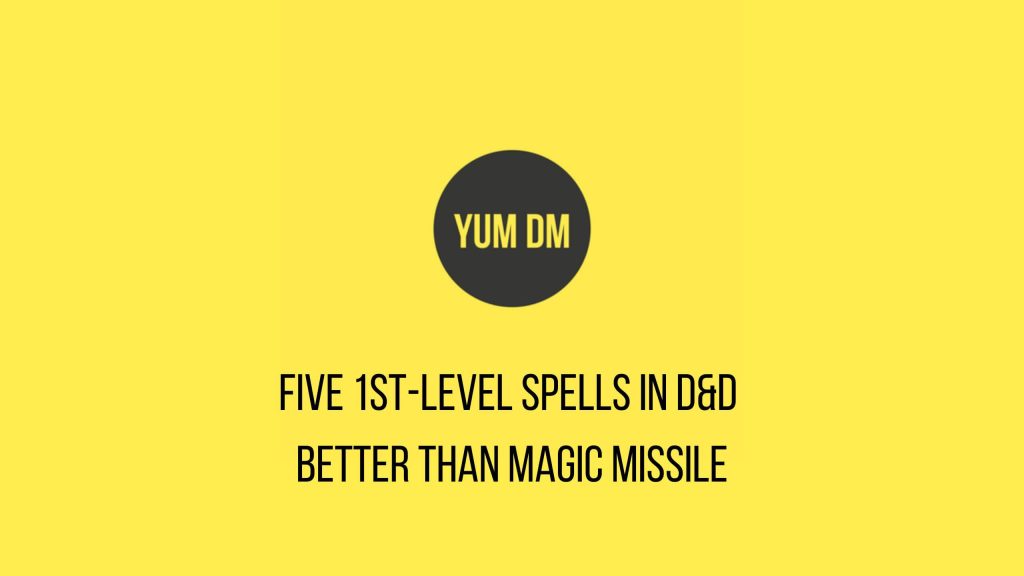 In Dungeons & Dragons, wizards always seem to go for the flashy, damage-inducing spells.

But there are other spells that are way more effective (in various situation), and I feel, are way better than those flashy spells.

I want to try and expand your thinking when it comes to choosing your wizard’s spells. Or, to help you make do with the ones you randomly rolled.

I have broken this up into three editions of the game – OSE (Basic), D&D3e, and D&D5e – listing five from each edition.

I had one basic rule with this list: I only took into account spells from the respective Player’s Handbook.

My five 1st-level spells better than Magic Missile in OSE:

My five 1st-level spells better than Magic Missile in D&D3e:

So many good spells in 3rd edition, this was a difficult list to just limit to five. Let me know if I missed any good ones.

Just for completeness, my five 1st-level spells better than Magic Missile in D&D5e:

There you have it, five better 1st-level spells beyond Magic Missile for three editions of D&D.

Do you agree? Any I missed? Let me know in the comments below.

Feel free to reach out to me on Twitter or Mastodon any time.